Even the Slightest Edge Matters: The Roller Coaster of Competition in Sports, Business, and Life 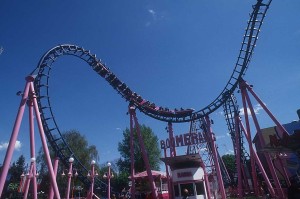 Just a brief post today. I’m still sitting with a bunch of emotion following Noelle Pinkus-Pace’s Olympic win a few days ago and, of course, I can’t help but share. Honestly, you’d think I was a medal contender, given my roller-coaster reactions and my losing battle with sleep versus Olympic footage! I know I’m not alone. The world is spell-bound by these amazing athletes and riveting competition.

Uhlaender has travelled a bumpy road. In addition to multiple injuries, concussions, and the accompanying depression, she’s also had to cope with her father’s untimely death (former Major League outfielder Ted Uhlaender). Her bumpy road continued on February 14th.

Her run was considered flawless, if a bit slower than the other contenders, and she assumed fourth place was hers. That was ok by her. But then the expected bronze medalist (Russia’s Olga Potylitsina) finished slower than Uhlaender. A medal was suddenly in Uhlaender’s sights. Game on. Her spirits soared.

But there was one more contender to beat. Russia’s Elena Nikitina beat Ohlaender by .04 seconds. Heartbreaking.

Remember Pinkus-Pace’s post-win chant, “We won. Thank you.”? Uhlaender’s was, “Four-hundredths.” It’s a span of time only measurable by computers. She lost by less than the blink of an eye. A dream nearly in her grasp, gone. After 11 years of training.

Like Pinkus-Pace, Uhlaender spoke of her team. In her case, it was about her sadness at “letting them down.” I’m still pretty distressed about her loss. My heart broke for her.

Thankfully, she’s apparently got a much better perspective than I do. A few days post-loss, she said, “It’s like what happens when you skin your knee. It hurts, your eyes water, and you acknowledge the fact that it hurts. But after that, what can you really do about it….I’m just going to continue being proud of what I did…there are worse things in life than coming in fourth at the Olympics.” So true. So healthy.
You go girl. Thanks for cheering me up 🙂

My Point
After 11 years of training, Uhlaender lost a medal by .04 seconds.

Just think about that the next time you put your all into something that doesn’t work out.

The reality is that you can never really win if you don’t step out onto the ledge. And there will be falls. The trick is to get up and keep going.

As business owners, entrepreneurs, or executives, we all need to get comfortable with Uhlaender’s recipe if we want to succeed. The formula: acknowledge and accept the pain, feel the hurt, take time to get perspective, and give yourself the A+ for putting yourself on the line. Wash, rinse, repeat. May we all have the courage and strength of this true winner. 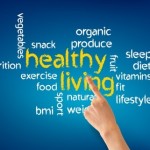